Let me start here: for the first 18 years of my life, I never thought I would wear a suit.

A suit was a symbol of maturity, elegance and sophistication. Basically the complete opposite of me (even now). It might have been like t 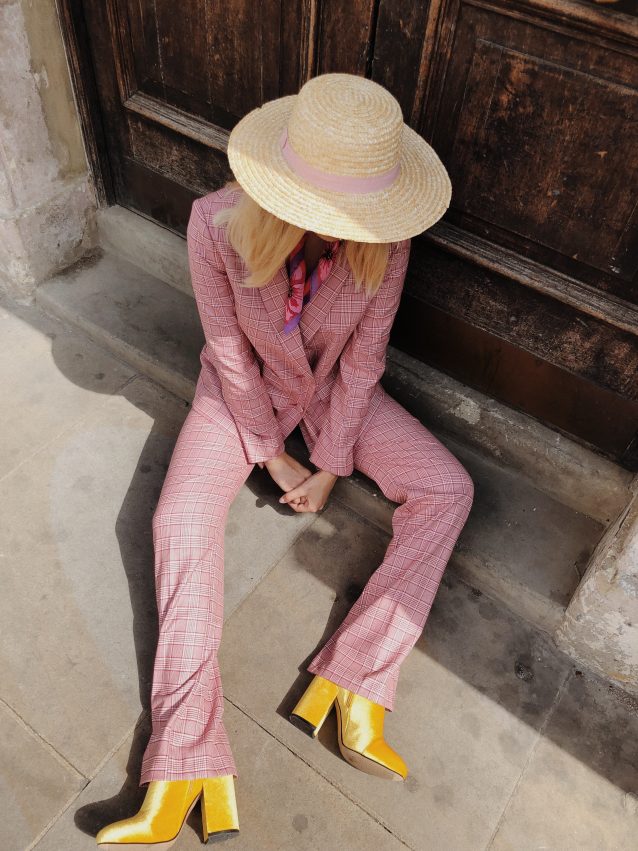 his because when I was growing up, women’s suits were tailored to be slim fitting, either really accentuating the waist and curves or not doing this at all (think here of an early 00’s accountant look).

Of course, when I moved to London over three years ago, I didn’t perceive suits in the same way as I did through my whole childhood, but I could never see myself wearing one. All the bloggers wore them, but they wore them with heels (which are sadly a no no for my clumsiness) or with sneakers if they were born lucky with long legs.

At this point, the suit began being this almost icon of woman that I would never become.

But then I began doing more styling jobs, where I would get suits, and obviously, since it was editorial it gave me the full freedom to style it in a way I would like to perceive it. At times very unrealistic in terms of wear but I always did everything in my power to style it in ways that well usually people would find extremely contradicting. 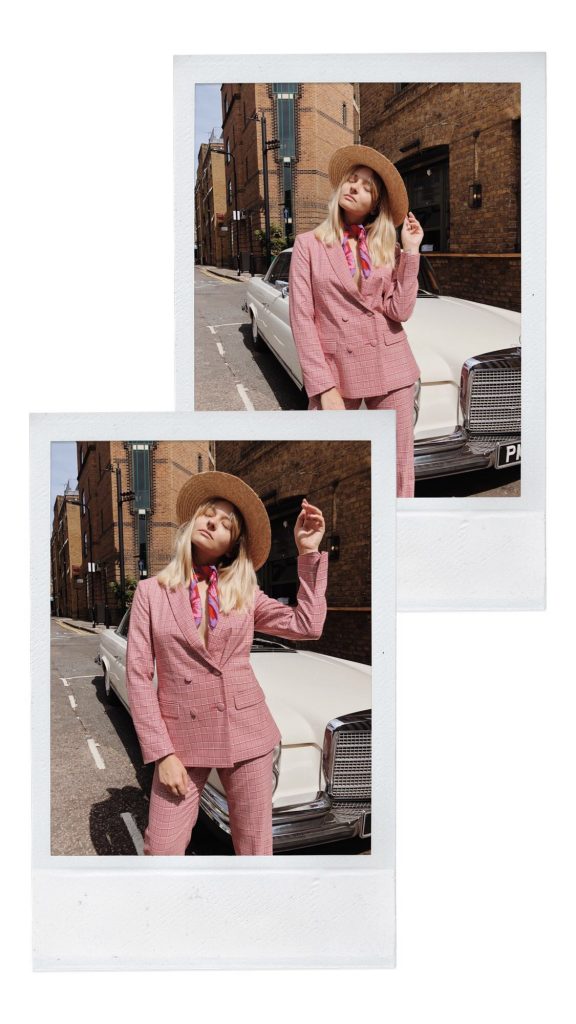 int basically marks the time when I fell in love with suits. I used to get them for a shoot and then just keep them for myself if they magically fit my booty. It really started with a lilac Topshop monochrome suit, with a straight fitted jacket and slightly flared trousers (because Dominique would never settle for a non-colourful suit FYI). I remember trying it on before the shoot and 24 hours later it would be in my closet. It made me feel so fucking good. I couldn’t stop staring at myself in the mirror, because I felt like myself but with this extra kick of power and confidence. At this moment it came clear to me what people meant by the power suit.

Let’s go back to the power! Where does it actually come from? And why the hell does something as silly as a suit makes us feel like fucking queens.

I feel we associate a suit with an image of an independent woman. Especially when looking back at times when wearing trousers was either forbidden for women or was completely unacceptable in even developed societies. It might seem bit far taken but just think about the fact that we will be celebrating next year the gaining of women’s voting rights in the UK. Crazy! I think the trousers bring back the thought of women who instead of being housewives chose a different path in their life, often a bit rebellious and provocative. We later move on to the iconic actresses like Katharine Hepburn, and honestly, when I think about Katharine, I think of her portrait in a white collar shirt and a black suit. Of course, this represents the movements in our society towards the popularity of androgyny but at the same time, it represents the power and independence of women. 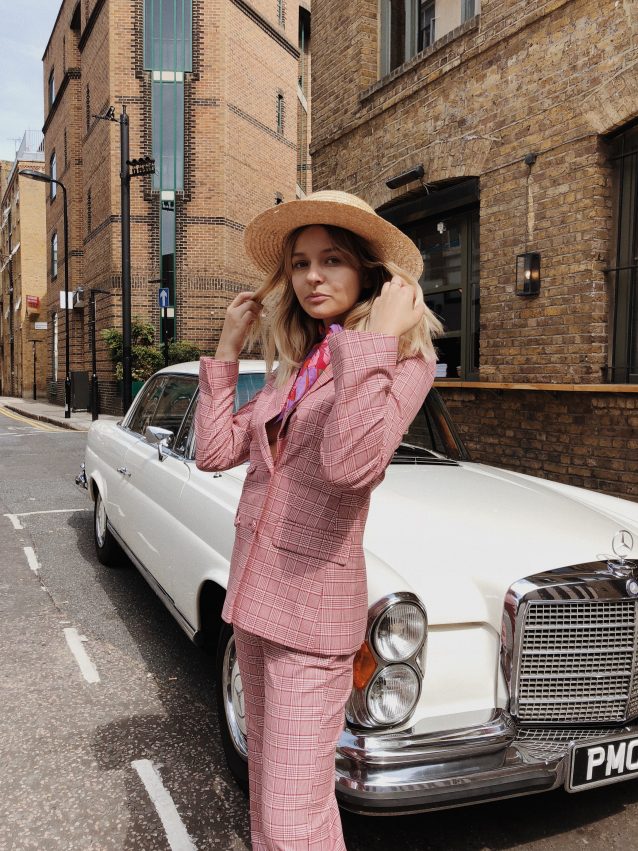 So is that why we think of the suit as a power suit? Might be. At the same time when we wear a suit, it’s often occasional even if it’s on a casual day when all you do is get a coffee with your friend. But let me tell you when I wore my lilac suit when looking for a flat, agents took me much more seriously when I told them that my current occupation is a “creative freelancer”. By definition, this means you’re unemployed. But my suit j 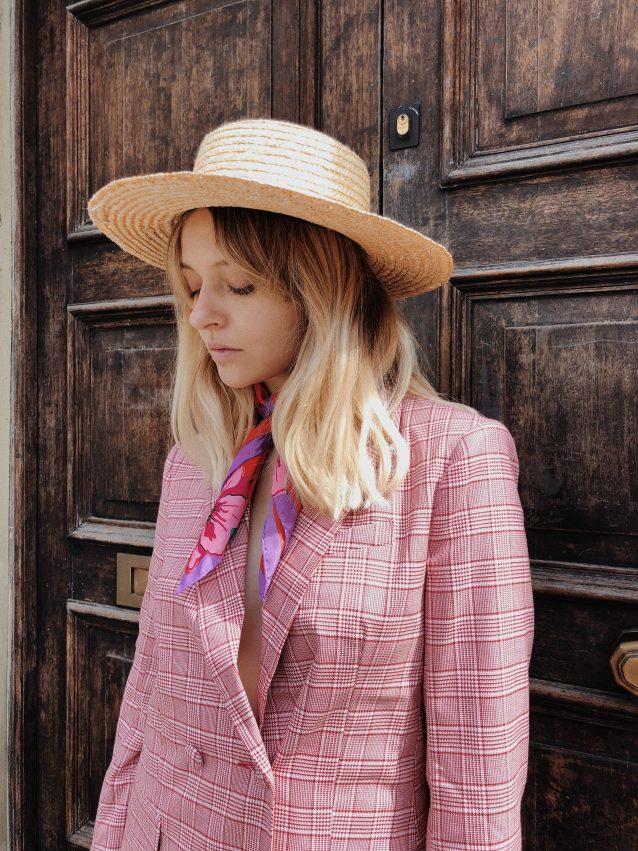 ustified this for all of the agents that talked to me.

Don’t get me wrong. I still don’t wear suits daily or even weekly. It has to be taken into consideration that I have an average height and suits are made for women that have to be close to two metres tall. So when the top fits, the bottom doesn’t, which means that I am limited to a choice of possibly two suits in the entire city of London.

But I love suits and how they make me feel so even if most don’t fit me, my love for them will always remain.